Situated on the waterside close to the Town Hard, Brightlingsea Harbour Office is open weekdays from 0900 – 1700 hrs. Plus from April 1st to September 24th Saturday and Sundays 0900hrs - 1300hrs.

At other times it is advisable to make an appointment as attendance outside these hours is dependent on the level of activity in the Harbour. 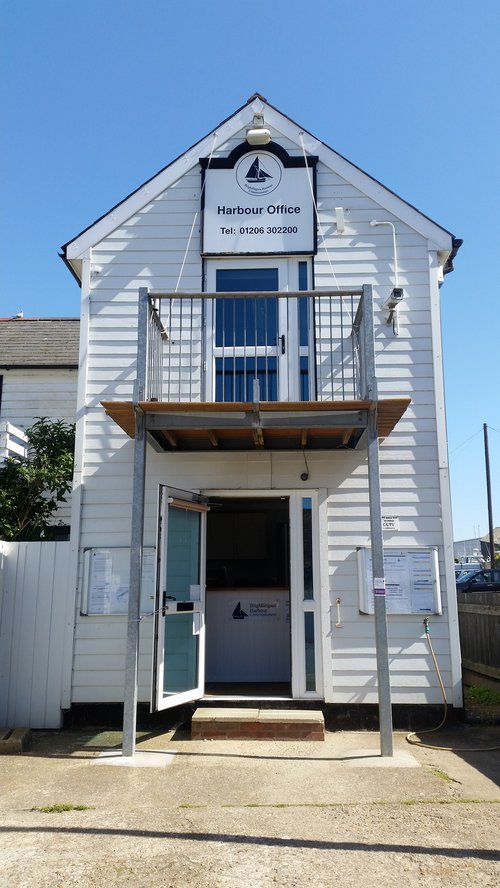 When the office is unmanned why not send us an email, facebook or twitter message and we will respond as soon as possible.

The Duty Harbour Master manages the Harbour at weekends throughout the year and on weekdays during high season assisted by an incremental team.

All staff are on hand to assist with other Harbour related enquiries.Harbour Team